A population of officially 14.5 million (but actually 22 million) people. Financial center of the country, generating about 20% of the country’s GDP. Home to the rural migrants,  urban poor and refugees from all corners of South Asia and Southeast Asia. Hence, the most diverse city with the most spoken languages in the country.

There are many ways to describe Karachi, but even fewer ways to understand it. Truth is the more you understand the city, the fewer words you have left to describe it. Karachi to Karachi hai is what most of us say when we want to describe our affection towards it. Its organized chaos, at times, is the reason to all frustrations and anger. But at other times, its chaos can pass over you and it is easy to make sense of the madness that is so difficult to put in words.

The broken roads, the schools and colleges in bungalows, the excessive barbed wires, the knots in the electric wires and then there’s the overwhelming trash. However, for generations, Karachi has been known as the City of the Poor, that no one goes to bed unfed in this city and there are markets where you can create a lavish wedding and bring the bill to millions, while the same market can help you get married under $200, but this blog isn’t about wedding trends, the shopping hot-spots or where you can get the cheapest designer ‘bridal dress’  in Karachi. This blog is about life  in Karachi, and how one can live in it without falling trap to the consumerism that it thrives on, to create the highest positive impact in a city that has a lot, but needs so much more. This is my search to find calm in the City of Lights (and noise) and to come to terms with the practice of being a responsible, sustainable citizen in this city that gives you all the reason not to be.

Karachi is a gold-mine for everyone that lives in it. Every footpath in this city is minting money for one person or the other – be it a fruit seller, a cobbler, a foreign-trained dental surgeon or a billionaire builder. Rarely would you find someone originally from Karachi. It is a city for those in search of bright lights and a livelihood. Ever since history could remember: in every moment, a ship, a truck or a train is parking itself in a port, a bus stop or a railway station to help another young lad or lady make their home in this city. But what history fails to recollect is a moment in time when those that reaped from this city, gave back to it or thought of preserving some of it – in its natural state or in state of art. Though it is heartwarming for those that ache for this city to see that: Karachi is changing. Civic movements are getting popular and businesses are  playing their part in supporting civic movements across the city, painting walls with artwork that soothe the eyes in horrible rush hours and pushing for more urban forestation than we’ve seen before. Charities and student-led organisations are focusing on the underprivileged and their basic requirements. Then again, it’s not enough. Especially when the city’s natural resources and environment are depleting faster than we can manage to fix them.

We’ve pushed the city to water scarcity. With an average of more than a million people living in one locality each, no proper water infrastructure in place, in addition to the lack of awareness of the situation by the common citizen and of course, the water tankers, Karachi gets the lowest end of the bargain of the country that once housed the world’s most modern water infrastructure.

We’ve pressured it to become a haven of our own trash, with little to no respect to the living things that have four legs, two wings and/or no voice. In this trash, it is easy to spot a few children rummaging around to find something to salvage and resell or recycle. This is our informal waste management system and the government (and most citizens) seem okay about it.

Our beautiful sea, one that attracts people from beyond the North, isn’t clean for a quick dip anymore. Karachi-ites often credit this to the scattered memories of oil spills in the late 90’s, but are weary of the fact that each day, 200 million liters of polluted water is seeping into it, taking credit for the 1 km of blue-black water we see via decks in our clubs.

Our air has also gone beyond the acceptable range of air quality – and you can be sure that there are no standards in place to follow to manage the air quality of Pakistan’s biggest city. It is only when you come home after spending two hours of traffic in a rickshaw that you see the black water flowing down the sink after a quick splash to the face. And it hits you that this city’s air is unhealthy and might be not be breathable for the young and the old that we know.

But this is the situation of most urban centers in the developing world. We’re growing faster than we can manage (if at all) and this isn’t an attempt to alienate Karachi. This is an attempt to love it more, to give it the TLC it needs.

To be a citizen that helps make it better every day.

To care for its living things – both man and not man.

To make its air better – from both pollution and noise.

This is an attempt at being a responsible, sustainable citizen in a not-so-sustainable city. With zero blame on the government. Only actions I can do every day to make this city (and country) a better place for everyone. I hope you can join me in my journey and see the Karachi that I see – and understand (ever so slightly) why I love its organised chaos. 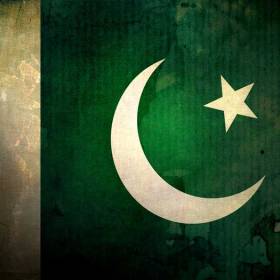 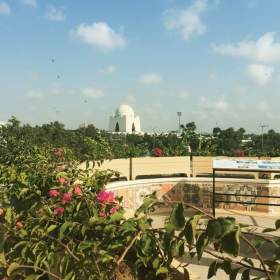